Can one efficiently treat the various types of FLU through acupuncture ?

Over the past ten years, I have had very positive results in my treatments of: various forms of influenza, severe bronchitis, pneumopathies.

In most case, the following symptoms are observed:

I have observed that with an appropriate acupuncture session, one can see a rapid improvement, or even the disappearing of these symptoms. Often as soon as by the end of the session, the patients, still on the acupuncture table, say they feel much better. They can breathe more easily and they feel calm, the headaches are less violent and the coughing fits weaker. They feel an overall improvement in their well-being and would gladly go to sleep.

The following night, they will feel calm and sleep much better. On the next day, they will observe that their body temperature is practically normal. Three or four days after this acupuncture session, their health has greatly improved and the symptoms have disappeared.

A second session is nonetheless needed one week later in order to consolidate the treatment. One can then consider the patient to be cured.

The formula of the acupuncture points I have used to treat these pneumopathies as a whole or various forms of the flu is as follows:

On the second session, the right (r) points will be placed to the left (l) and vice-versa.

The points are to be pricked with small needles, softly on the skin between 0.5 and 1 mm. deep.

These points in blue are heated with a cotton tab impregnated with alcohol. The flame should be left in contact with the shaft of the needle-point for 3 to 4 seconds.

Once the points have been heated, one can withdraw all needles and go on to the next step. One then closes all points by pressing a cotton tab impregnated with alcohol upon them.

There are three steps:

Several points of step 1 can vary according to the seasons or inter-seasons in the year (1*)(2*). The following points are indicated only for the Chinese traditional winter (Nov. 07 to Jan. 16). For more indications please see the appendix (*) in this text.

If there are signs of diarrhoea or blood in the stools, one should add:

All these points in red are heated stick Moxa for 4 to 5 seconds until the patient can feel the heat.

These points also in red are then heated with stick moxa for 4 to 5 seconds.

The acupuncture session is now over.

How can one efficiently treat respiratory failure and severe flu asthenia?

At the critical stage, the patient suffering from flu or pneumopathies encounters great difficulty in breathing due to the fact that, inside his lungs, the bronchials, the alveoli have become swollen and infected. they simply cannot get the necessary oxygen supply for the body. In order to compensate this, the heart must function at a higher pace and the patient feels extreme fatigue. In these circumstances, death may be imminent.
Applying the above treatment often brings about a rapid relief as the patient is enabled to breathe more easily and the fatigue is lessened over the following minutes…

Oriental energetic medicine (4)(5)(6) considers the three meridians: Kidneys, Spleen-Pancreas and Liver, which start down at the feet and go up to the chest, providing energy to the entire body in an upward direction. Their inner courses are directly connected to the lungs and the heart.

By stimulating the three meridians (Kidneys, Spleen-Pancreas and Liver), we can restore additional strength and vitality to the lungs and the heart. Also, by restoring the patient’s general Yin/Yang balance, in combination with the seasonal points technique, this method has the effect of rapidly releasing the blocking of the energy in the lungs, thus enabling the oedema and the inflammation in the lungs to be reduced and to allow a restoration of oxygen absorption by the alveoli (3)(7). The patient breathes more easily, receives more oxygen within minutes and his heart returns to a normal rhythm. His life is no longer threatened.
Furthermore, with the restored normal state of the lungs and the body temperature at 37°, the humidity evacuated, the flu germs no longer find the suitable conditions to develop, they become weaker and are eventually eliminated naturally.
The specific points from steps 2 and 3 further reinforce this restoration of the normal state in the body obtained in step 1.
Often, within three or four days all the symptoms have disappeared. A second session is nonetheless needed to secure the situation before letting the patient resume his normal healthy life.

The restoration of the general Yin/Yang balance in the body, along with that of the energy balance in the chest area (restoring the lungs’ normal situation) help in the elimination of phlegm, reduction of coughing and the unblocking of the lungs meridian. No longer blocked, this meridian can allow a new source of nutritious elements to be available, as well as for a proper energy flow in the whole energy network, thus enabling a better capacity for self-reparation and scarring of the affected parts in the lungs deep into their cells. This energy network, hermetic to exogenous germs, deprives them of food and of the conditions necessary for their development and multiplication; these germs are thus eliminated naturally. Considering these factors, one can easily understand why this method proves effective in the various types of flu and why it can be a great source of hope in cases of severe pulmonary infections caused by varieties of avian influenza H5N1, H1N1…

I am publishing this method with the hope that it may also be used in hospitals in the near future. It could be used as a helpful supplementary treatment and improve the efficiency of more classical treatments in cases of severe bronchitis, avian influenza, respiratory failure or asthenia caused by various diseases.
I also wish to share with the scientific community views on how infections in the human body can be treated through different approaches, and on how Oriental medicine, based on the understanding of energy networks in the body together with Yin-Yang, can guide us towards new forms of knowledge on the functions of the lungs and the heart; these can also be used to find efficient treatments for common health problems, as well as for serious diseases and cancer.

A – This method of acupuncture functions according to the seasons and “inter-seasons”. The following dates are valid only for the Northern hemisphere, above the equator and where seasons are distinctly marked.

Only in “step 1” of this acupuncture session should the points be changed according to the seasons and “inter-seasons”.

The 4 “inter-seasons” in the year are, for the Northern hemisphere:

B – For zones near the equator: Where the differences between seasons are not clearly noticeable (such as in South Vietnam, Cambodia, Malaysia, Singapore, Indonesia…), they are to be considered as the “fifth season” or intermediary season. In this case, the points of step 1 are applied as (I) and unchanged throughout the year.

C – For the zones of the Southern hemisphere: Where seasons are distinctly marked, the 4 “inter-seasons” in the year are the following:

If the date of the acupuncture treatment is during the “inter-seasons”, step 1 should be applied as (I)

The 4 seasons in the year are the following for the Southern hemisphere: 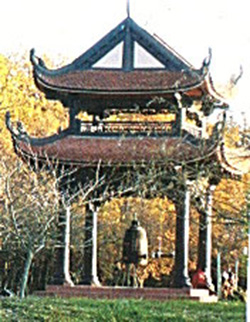